Our History
The Dunbarton Free Public Library was founded in 1893 by vote of the Town.  The Town spent $100 to furnish a room in the Town Meetinghouse, and received 100 books "from the state" to start the collection.  The Library opened to the public in October, 1893.

On October 7, 1908, fire destroyed the Town Meetinghouse.  Reports indicate either 123 or 321 books were saved from the library, along with a lamp.  While the building was rebuilt, the library was housed at the home of the librarian.  The new Town Hall and Library was dedicated on October 15, 1909.  Charles Chase made a substantial donation towards the cost of erecting the new building, and a marble plaque in the front hall commemorates his generosity.

During the 1960s, much of the main floor was used for the 1st and 2nd grade classes.  In 1972, a new elementary school was opened on Robert Rogers Road.  Shortly thereafter, the library moved into one of the rooms of the old center school house.  The town offices followed within a few years, and the main floor of the Town Hall was used primarily for social functions and storage for the police.

In 1992, a building committee was formed to expand the library.  The decision was made to return the library to the Town Hall by renovating the entire first floor.  Actual construction began in the summer of 1994.  The library's last day of business in the old school house was October 31, 1994.  Many volunteers helped moved books and furniture into the new library during the month of November.  The Dunbarton Public Library reopened on January 16, 1995 (Civil Rights Day).  The renovations were primarily financed using funds left to the Library by Charles A. Little in the late 1960s.  His gift of approximately $25,000 had grown to slightly over $100,000 by 1993.

A dedication celebration was held on Sunday, September 10, 1995.  The following Wednesday, September 13, the tin ceiling on the second floor collapsed, closing the building for 10 days while the soundness of the structure was determined.

The word "Free" in the library's name was officially dropped in 1994.
The present location of the Town Library is in the Town Hall in Dunbarton Center. 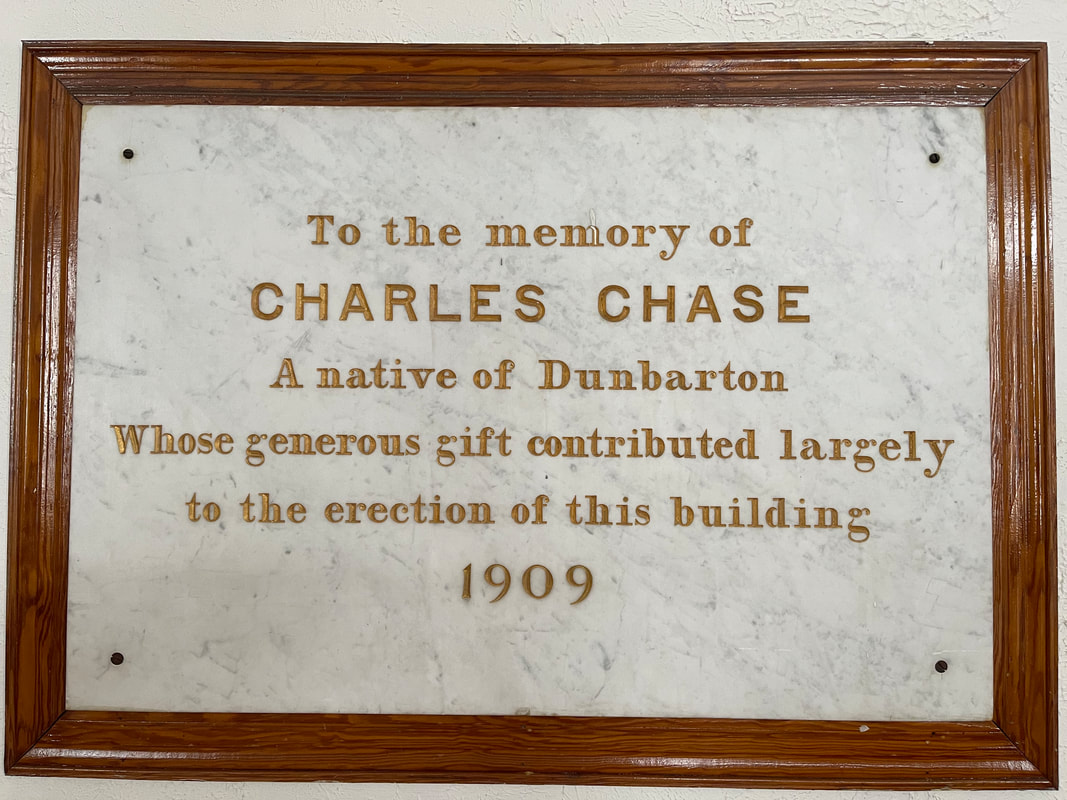